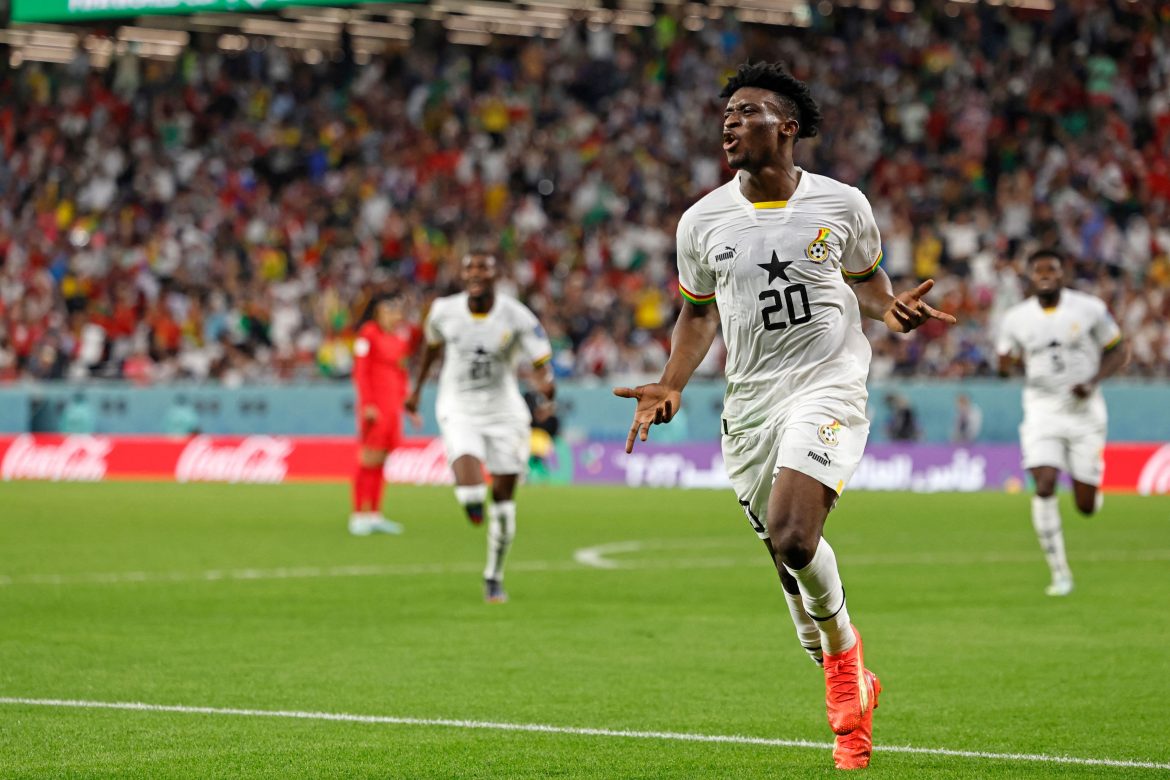 Otto Addo’s protégé Mohammed Kudus is causing quite a stir at the World Cup. Even before the tournament, the attacking-midfielder had been linked with a transfer to Borussia Dortmund. Addo is on course for the last 16 with Ghana after defeating South Korea 3-2 in a thrilling match on Monday and it’s Ajax’s Mohammed Kudus, of all people, who was the match-winner with a brace.

The 22-year-old has been in outstanding form for months. He’s already scored 10 goals and provided two assists in 21 games for Ajax this season and has added two more goals for Ghana at the 2022 World Cup in Qatar. Kudus, who was Ghana’s’ best player against South Korea, scored to make it 2-0 at the interval and then bagged the all-important third in a 3-2 win over Heung-min Son and Co.

With that kind of performance, it’s no surprise that Kudus has been a topic at BVB. According to Sky Germany, Sebastian Kehl has already held talks with the player’s agent in Dortmund.

In Addo’s interview with Frankfurter Allgemeine Zeitung, the 47-year-old confirmed he will not be staying on as Ghana’s head coach after the World Cup and will be returning to his role in Edin Terzic’s coaching team at the Signal-Iduna-Park.

Kudus’s success with Ajax has also resulted in interest from Everton and Newcastle but the presence of Addo could be a deciding factor that could secure Kudus’s signature for BVB.

The BVB assistant manager is a great admirer of the former Nordsjælland player: “He’s a super guy and has a great character. He is definitely on the right path to becoming a great player.” Kudus also enjoys the support of his Ghana teammate Gideon Mensah: “He’s the engine of the Ghana team. He does everything for us. Everything you see on the pitch comes from him,” added the left-back.

Kudus has two years left on his contract and Ajax will reportedly be open to discussing offers of €15m which could increase considerably if Ghana’s pearl in midfield continues to put in outstanding performances.

Addo’s Ghana face Uruguay in their final Group H match on Friday. A draw should be enough for ‘The Black Stars’ to advance to the Round of 16, something they haven’t done since South Africa in 2010 where they were eliminated by Uruguay in the quarter-finals.