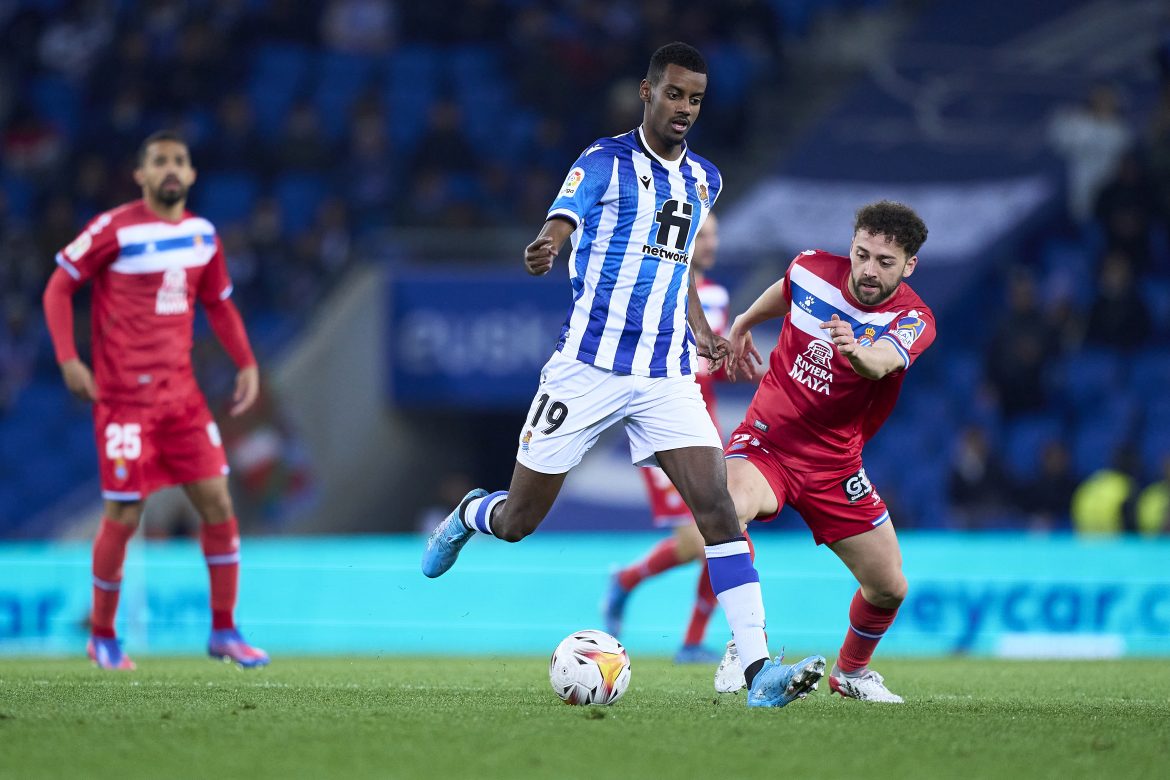 The departure of the Eritrean-Swedish striker is a record sale for Real Sociedad, whose previous transfer record was for right-back Adrian Odriozola in the 2018/19 season. The Spaniard left for Real Madrid for €32m.

Following last year’s €420m takeover of Newcastle United by a Saudi Arabia consortium which included British investor Amanda Staveley, fans and observers alike had expected the Magpies to invest heavily in the Premier League strugglers who after a very challenging start, managed to finish 11th in the 2021/22 season. €120m was invested in the St James Park-based club in 21/22 but €39m of that was on Brazilian midfielder Bruno Guimarães from Lyon.

This summer Eddie Howe had so far spent just €60m on transfers with the arrivals of Dutch centre-back Sven Botman joining from Lille, left-back Matt Targett joining from Aston Villa and goalkeeper Nick Pope from Burnley.

The signing of Isak however shatters the club’s previous transfer records by a considerable margin. The previous record was for Brazilian Joelinton, who joined from Hoffenheim for €44m in the 18/19 season.

Isak, who played for Borussia Dortmund between 2017-19 before going on loan to Eredivisie club Willem II was then sold to Real Sociedad in 2020, where he scored 33 goals in 105 matches for the Basque club, for €13.5m.

The Newcastle deal has come under criticism with Sport1 analysts arguing BVB got a ‘bad deal’. Isak is the second Dortmund ‘cast off’ to be picked up by a Premier League club in the current transfer window. Defender Sergio Gomez, who played for BVB between 2018-21 before being released after loan spells at Huesca and Anderlecht, was signed by Manchester City for €13m earlier this month.

The sale of another impressive talent, BVB U23’s Swiss youth international striker Bradley Fink joined 20-time Swiss champions FC Basel, has also left some fans and observers confused. In particular fans on leading BVB fan forum ‘Schwatz-Gelb’ expressed concern about some of the recent transfers with participants speaking of ‘rash decisions’ and ‘concerns for BVB II’s competitiveness in the 3. Liga without Fink’.

In particular, the fee of just €800,000 and lack of a ‘loan clause’ has come under criticism in the media for Fink who has an impressive tally of 55 goals in 72 matches in his career to date.

Borussia Dortmund’s sporting director, himself the club’s record player by appearances with 527 appearances for BVB, Michael Zorc retired at the end of the 21/22 season and has been replaced by Sebastian Kehl and it is early days to criticise the former captain who hasn’t had enough time to stamp his mark on the club’s transfer business.

Dortmund’s sporting leadership however has also suffered a further blow. Head of scouting Markus Pilawa recently left the Signal-Iduna-Park following a reported ‘fall out’ with the club. Pilawa joined key title rivals Bayern Munich at the end of July. Thomas Meunier could yet leave the club whilst Swiss defender Manuel Akanji is also rumoured to be attracting interest from Inter.

BVB have picked up six points from three matches in the Bundesliga so far which is not a bad start to the league. However, ‘Die Schwarz-Gelben’ suffered an excruciating loss against newly promoted Werder Bremen at the weekend, giving away a comfortable 2-0 lead in the dying minutes of the game. The overall performance in the game was impressive but BVB fell into the same worrying patterns they have in the last two seasons, looking chaotic when put under pressure and not determined enough to close on the victory. In particular Marius Wolf at right-back was criticised by Kicker who gave him the lowest possible rating for his performance against Werder. The Versatile former Eintracht Frankfurt player looks decisively more comfortable on the wing and scored an outstanding goal against Freiburg.

It is not yet known whether new centre-back Niklas Süle, who is the club’s second highest paid player alongside Marco Reus, reported to be earning €12m per season, will return for the game at Hertha Berlin. Anything less than a win at last season’s 16th placed finishers however would be further cause for concern for the fans in BVB’s admirable ‘Gelbe Wand’ who are also hoping to see a league breakthrough for €30m striker Donyell Malen, who scored in the 3-0 win against 1860 Munich in the DFB Pokal but so far has not scored in the current Bundesliga season. Since his move from PSV, the Dutchman has scored just five goals in 29 league matches.

Negotiations continue with one of the most impressive players to come through the BVB academy, Youssoufa Moukoko (17). Given his debut at 16, the German youth international and BVB’s record scorer at youth level has so far refused to sign an extension to his contract which expires in 2023. The loss of the Cameroon-born striker, who scored 141 goals in 88 matches for BVB’s U17 and U19 teams, would be a big loss to the club.

But a guaranteed highlight for fans and club alike for sure is the Champions League draw.