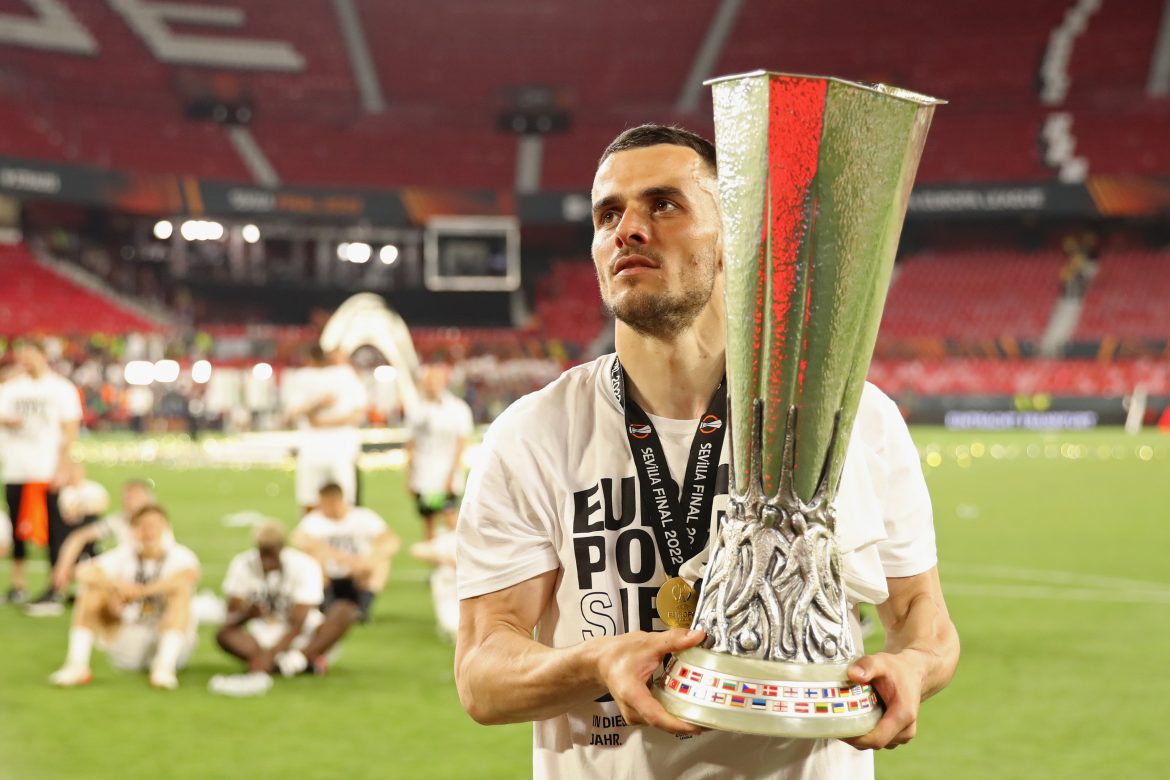 Instead of the previous €2.5 million, Kostić would earn a reported salary of almost €4m with this new contract. However, it’s not yet clear as to whether the 29-year-old will sign an extension with the Europa League champions.

Per the report, the price tag is around €20m.

Kostić is entering the final year of his contract and came close to joining Lazio last summer. SGE sporting director Markus Krösche has previously stated that Kostić, Evan Ndicka and Daichi Kamada could all leave this summer if they fail to reach an agreement for a new contract.

But as of tonight, Eintracht Frankfurt are yet to receive an offer for Kostić, who scored seven and created 15 in 43 games in all competitions for Die Adler last season.

The Serbia international joined Hessian club in 2019 from Hamburg for €6m and has established himself as an integral player in this Eintracht squad.