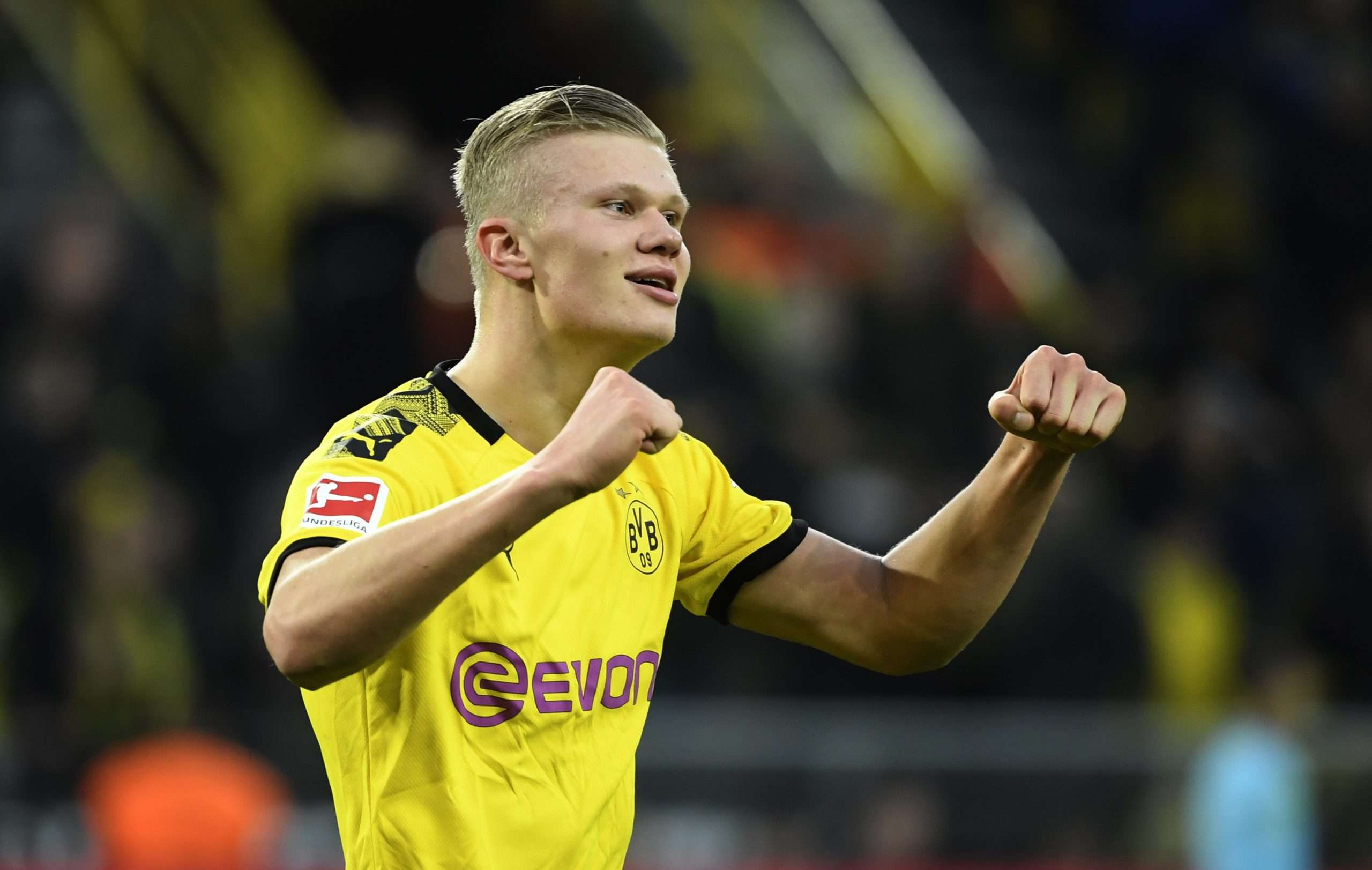 Borussia Dortmund brushed aside a brittle Union Berlin at the Westfalenstadion with the 5-0 win as comfortable as the score suggests. Dortmund’s attack was devastating with Jadon Sancho, Erling Haaland (2), Marco Reus and Axel Witsel all on target.

Borussia Dortmund’s attack is currently crushing opposition defences. Lucien Favre’s switch to a three man defence allows wing-backs Achraf Hakimi and Raphael Guerreiro more licence to get forward, while the movement, pace and trickery of the front three means that marking them is close to impossible.

Dortmund have scored five goals in three successive Bundesliga matches for the first time in their history. The weak level of opposition should be taken into account, but it’s still an impressive effort with Dortmund becoming only the fourth club in history to achieve it.

Haaland too hot to handle

The Bundesliga and Borussia Dortmund pulled off a major accomplishment by signing Erling Haaland for a bargain basement price of €20m. The 19-year-old is undoubtedly worth much more than that and proved it in his first three appearances.

He displayed his predatory instincts for his first goal, his incredible speed to win the penalty for Dortmund’s third, and power to secure his brace with a shot that squeezed under Rafal Gikiewicz.

Haaland became the first player in Bundesliga history to score seven goals in his first three games. The records are going to keep coming for the Norwegian, he will only improve once he regains full fitness, plays more minutes and develops with his teammates.

Haaland told Sky Sports: “It was pretty tough today, but it was also nice to play from the start. I have to get even fitter, I am still not 100%.” Julian Brandt’s deflected cross gave Haaland an easy finish for his first goal and is clearly enjoying playing with the new signing, saying: “Erling knows exactly where to be. I always have the feeling that I can play the ball anywhere and he’ll be at the other end. I’m happy that it’s working so well with both of us.”

It’s hard to comprehend that Paco Alcacer has been forgotten so quickly given his goal scoring exploits in Germany. Haaland is the new man in town and already the joint 11th top scorer in the Bundesliga after being on the pitch for 136 minutes. That’s ridiculous.

Jadon Sancho shows no signs of slowing down or showing that his breakout season was a fluke. He keeps breaking records, becoming the youngest player to score 25 Bundesliga goals with a deflected strike that gave Dortmund the lead.

He leaves opposition defenders for dead. They simply have no way of stopping him, and once he gets into open space on the counter attack the alarm bells are ringing. Sancho’s ability to provide assists is still improving and the 19-year-old has now scored 11 goals and registered eight assists in his previous 11 matches for Borussia Dortmund. That’s ridiculous.

It wasn’t too long ago that the majority of Dortmund’s inspiration, creativity and goals came through Marco Reus. The emergence of Jadon Sancho has reduced the requirement for Reus to be their main match winner.

Julian Brandt has become more influential and Erling Haaland’s emergence on the scene means Reus is playing without pressure. It may appear that his production has reduced, but Reus has provided five goals and six assists in his last seven matches in all competitions and is on target for another stellar season.

Urs Fischer did a great job guiding his side away from danger, but four defeats in their last five matches doesn’t inspire much confidence. Union’s defending in Dortmund left much to be desired, highlighted by their helplessness in hindering Haaland’s ability to score.

Goalkeeper Rafal Gikiewicz had a match to forget, fortunate not to be punished for twice passing the ball to Sancho inside his own penalty box. A tough run of fixtures awaits the capital club and it wouldn’t surprise if they get dragged back into a relegation scrap by April.